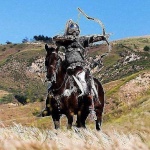 Y chromosome/Language correlations
This is a very small piece (less than 2 pages), but is actually quite useful in order to track various cases where there is a correlation between language and Y-chromosomes. The authors do highlight the interesting case of J2a in India, that I have also blogged about occasionally over the years:

As for the immigrant Indo-European and the presumably indigenous Dravidian languages in India, there is one major candidate genetic marker for immigration from the northwest. It is a Y-chromosome DNA type (J2a) rather than an mtDNA type, and its immigrant status is suggested by its presence at 10 to 20% frequency in high castes, both in Indo-European speakers and farther
south among Dravidian speakers, and its near-absence in lower castes or “tribals”.
http://dienekes.blogspot.ru/2011/09/y-chromosomelanguage-correlations.html